Synopsis: The night after defecting Cuba, a baseball player and his girlfriend are held up in a Mexican hotel room. The tension rises as the two become claustrophobic in this stressful situation that they are stuck in. 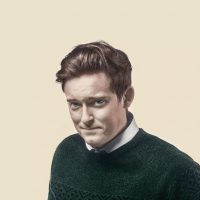 Noah Canavan is an award-winning filmmaker, currently based in Boston, MA. Coming from Quincy, Illinois, Noah ventured to the East Coast in 2014 to expand his work in the independent world of cinema. He earned his Master’s of Fine Arts degree from Emerson College Film & Media Art program in the Fall of 2017. In 2014, he graduated with his Bachelor’s degree in graphic design and photography, with a minor in film production.

Noah currently has over 20 films to his name, with work selected in over a dozen festivals, including the Festival de Cannes. His work has won Best of Festival and Best Student Short Film. His work in graphic design has achieved Addy Awards, and his photography has been displayed within and on the cover of magazines, as well as exhibited in multiple galleries and cafes.

Noah’s multi-award winning MFA Thesis film, 93 Miles, is currently in the festival circuit. Besides writing, photographing, and directing for film, Noah is the editor at Black Math, a production house in Boston, MA.