Synopsis: Fresh out of foster care at age 18, a young drifter turns to petty crime to survive, and discovers an impossible love in an unlikely friend. 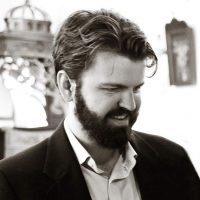 A.J Edwards is a native of Walnut Creek California. He started his career as a disciple of Terrence Malick, working on ‘The New World’, helping cast ‘The Tree of Life’ and serving as an editor on ‘To the Wonder’. He made a name for himself as a director with his breakout debut ‘The Better Angels’ which debuted at Sundance in 2014. ‘Better Angels’ was a beautiful film exploring Abraham Lincoln’s childhood. Edwards has had a front-row seat to Malick’s new age style, and he shows he’s capable of channeling a similar artistic voice with Friday’s Child, which employs some of the same camera movement and lens choices which made ‘Tree of Life’ a masterpiece.