Synopsis: Aleksi is a photographer dodging the responsibilities of adulthood and giving into all of her impulses with the various men in her life. An indie-style dramedy that tackles the topic of “the second coming of age” and figuring out life goals on the brink of one’s thirties in a realistic fashion. 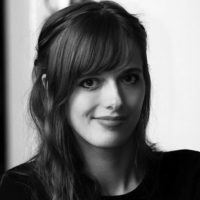 Barbara Vekarić was born in Dubrovnik in 1987. She graduated from Faculty of Humanities and Social Sciences (BA in comparative literature) and from Academy of Dramatic Arts (BA in film and tv directing and MA in film directing), University of Zagreb. She wrote and directed a dozen of short films that include First Lady of Dubrava and MY! MY! MY little room! that were screened on more than 50 international film festivals and won numerous awards. She directed 30 episodes of children TV series Space Lab (2013), and created, directed and produced travel-documentary show Couchsurfer Girl (2015) for Croatian National Television. “Aleksi” is her debut feature.