Following his father’s death, Javier heads to Buenos Aries to tend to his mother. As her medical bills pile up and her bipolar disorder worsens, he faces a difficult decision. 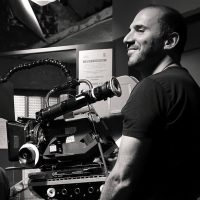 After studying journalism at Palermo University, Franco left Buenos Aires and moved to Spain, where he studied Film Directing at the Ciudad de la Luz Film School, under Pablo Berger.

After graduating, he moved to the UK to complete an MA in Filmmaking at the prestigious London Film School, under Mike Leigh. There, he has worked on numerous short film and documentary projects, digitally, on 16mm and 35mm film. August Sun, his graduation thesis, is his seventh film as Writer/Director.