Find This Dumb Little Bitch and Throw Her Into a River

Synopsis: A brash teenage boy faces a whirlwind of consequences when his video of his younger sister committing an act of animal cruelty goes viral. 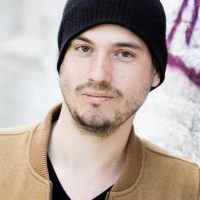 In 2010 Ben Brand graduated as a director from the Dutch Film Academy in Amsterdam. With his graduation film ‘Day by Day’ he won the grand jury prize for best short at the international Scottish Arts & Film festival in Edinburg. In addition, his commercial for the Young Director Award festival in Cannes (2011) won the Golden Hammer in Latvia, the Silver Drum in Slovenia, a Cresta Award in New York, got nominated twice for the Cannes Lions and gained over 50 million views worldwide.

In 2013 Ben also made two shorts; ‘Life is Beautiful’ (3D animation) and ‘97%’ (Live action). These films have been shown at over 100 international film festivals and won numerous awards, including audience awards in France, Germany and Holland, a best director award at the Cinefiesta film festival in Puerto Rico and a best animated short award at the Tirana int film festival in Albania. 97% also represented the Netherlands in the Live action short film category at the Academy awards (2014).