Synopsis: A father and his two small children are stranded at an airport waiting for a flight, which is delayed by two hours. When his daughter vanishes with the stranger whom he entrusts to watch her, the father must confront the horrifying consequences of his decisions. 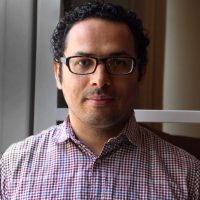 Ali Asgari was born in Tehran, Iran. He studied cinema in Italy. He is an alumnus of Berlinale Talent Campus 2013. Two of his short films More Than Two Hours  (2013) and The Silence (2016, co-directed by Farnoosh Samadi) were in competition at Festival de Cannes where they competed for the Short Film Palme d’Or. His short film The Baby premiered in the competition of Venice Film Festival in 2014. His short films were screened in more than 600 film festivals around the world including Sundance, BFI London, and Melbourne and won more than 150 international awards.