Synopsis: The sun, it is our star, and it is always burning. Imagine yourself as that ball of fire. Emitting light not just for yourself, but for all to feel. 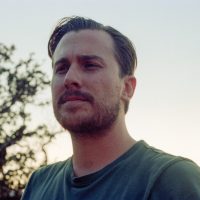 Carl Bird McLaughlin grew up in the northern stretches of Los Angeles County. As a child of two actors, he immediately answered a calling to perform, creating short films with his mother’s home movie camcorder as well as involving himself in school plays. He began to study film directing at College of the Canyons where he received the Filmmaker of the Year award two years in a row. He later attended CalArts for his undergraduate degree. His films navigate themes of family, mental illness, and spirituality.

Carl’s work as a cinematographer and writer has also acquired accolades such as LiTTLEROCK (2010), in which he co-wrote and photographed. The film won Best Screenplay at the Rhode Island Int’l Film Festival.

His work as an actor has played all over the world, including his starring role in David Nordstrom’s Sawdust City (2011), which premiered at the Los Angeles Film Festival. He recently had the pleasure of working with Joel and Ethan Coen on their film, Hail Caesar (2016).