Synoypsis: A gothic tale concerning a male pickpocket and a wealthy woman descending into a labyrinth of terror in 1888. 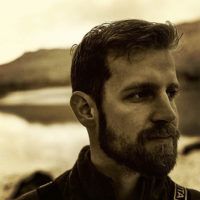 Benjamin is a world traveler and a massive film enthusiast. He currently resides in St. John’s, Newfoundland where he leads the film collective known as ARK FILM. “New Woman” is his second directorial effort alongside a lustrum of camera assisting and assistant directing for features such as “Closet Monster”(2014), “Hammer”(2019) and TV shows such as “Frontier”(2015-current). He did not go to film school, but was self taught by studying his favourite movies such as “Lawrence of Arabia”, absorbing commentaries by the likes of Sidney Lumet, digesting literature by filmmakers like Walter Murch, and obsessing over Stanley Kubrick’s approach to the craft. He was awarded the 1st Inaugural Mike Jones Award by NIFCO in 2018 for his dedication to filmmaking on “New Woman”.