Synopsis: Peter is in love with the enigmatic Nikki, but has been stuck in the dreaded friend zone for over a year. At a school party, a mysterious older man sweeps her off her feet, as Peter is left to wonder what might have been. 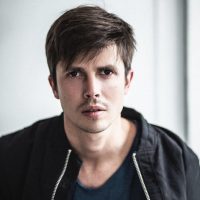 Guillaume Caramelle is a young director and screenwriter who scrutinizes society to translate it into images. His films tell his story, but more generally that of a dissolute youth in search of identity. Caramelle’s goal is not only to observe but to probe the woes of our society and explore its limits in a decidedly modern tone that alternates between sarcasm and solemnity.

At 25, he directed his first short film, Au Souvenir d’une lune, which follows a young graduate anxious about his future. His second film, Nikki Marianne, a humorous teenage short, was selected in many festivals in Europe and the United States and bought by OCS and Short TV.