Synoypsis: Ziad, a Palestinian day laborer, is denied entry into Israel for work that day. Not wanting to return home empty handed after promising his daughter meat for dinner, he needs to get creative. A poetic and tragic reflection on the everyday struggle of Palestinian breadwinners. 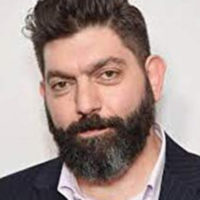 Shady Srour is an actor, scriptwriter, director and producer for Cinema, Theatre and TV, and a lecturer at the Open University.

He has B.A degree from Tel-Aviv University in Theater acting and M.F.A in filmmaking from the Academy of Art University, San Francisco.

Lately Shady was involved in the film 24 Hours Jerusalem (arte), which won the German TV Award for best documentary 2014. He was the Lead in the Oscar-nominated short film Ave Maria. Holy Air is his feature debut as director.