Synopsis: Three girls ruthlessly tease an overweight teen named Sara whom they nickname ‘Cerdita’ (Piggy). They steal her clothes and belongings, leaving her to walk home in just her bikini. However, as events unfold, it is Sara who will have the last laugh. 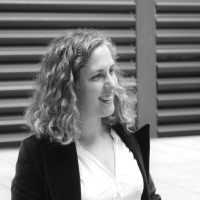 Carlota Pereda has spent her career working in TV fiction. She has been a screenwriter and script supervisor for series such as Periodistas and Motivos Personales, has directed series,”El secreto de Puente Viejo”, LEX and Lalola and has worked as [realizadora] on series such as Los Hombres de Paco, Red Eagle, Luna, the Mystery of Calenda and B&b, de boca en boca.

Her fist short, The Blondes, was selected in over 137 festivals worldwide and/or awarded in prestigious festivals such as Medina del Campo, La Semana del Corto, Certamen Internacional de Cortometrajes Ciudad de Soria or CortoEspaña. “Piggy” is her second short film as a director and already has several selections in screenwriting festivals such as Oaxaca Film Festival (nominated for “Perfect Page” and “best international Screenplay”), Austin Film Festival, Busca Film Festival, Shriekfest, GenreBlast, Austin Revolution Film festival and WeScreenplay, amongst others.