Synopsis: A non-romantic true love story between a child in crises, addicted to graffiti, on the brink of destruction, losing faith in integrity, and a humble teacher who believes there is no such thing as a bad kid, only a bad situation. 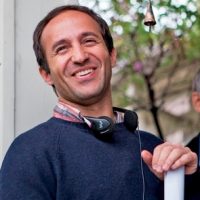 Santiago’s initial interest in story-telling began when he was a teenager, using acting as an initial path to grace. After growing up in violence and insecurity, he moved in with his teacher, Tim Moellering in Berkeley, CA. He became an emancipated minor through the court at 16, and a Quest Scholar. In 2003, Santiago graduated from Stanford with a major in Economics, minor in Psychology. He also took acting classes at the American Conservatory Theatre. After graduating, he moved to Los Angeles to pursue creative expression where he met mentors like Haskell Wexler, who inspired and guided.

Not having the financial cushion to pursue the arts, Santiago made a strategic decision to leave Hollywood for a job in finance. In 2013, Santiago shut down his alternative energy hedge fund in order to make QUEST, a script he originally wrote with Tim 10 years prior. QUEST is the very first thing Santiago ever directed. He was surrounded by the most talented artists, and came to integrity and love. Together, they fulfilled a promise he made to Tim, who died of pancreatic cancer in 2011. Making QUEST has been the greatest struggle and healthiest release.