Synopsis: After losing his eyesight, a collector decides to give his daughter visiting the family home his most precious possession. 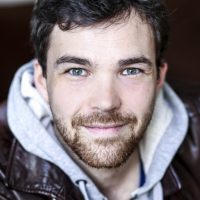 Thomas Grascoeur is a French award-winning director and actor.
As an actor, he often appears on French Television (Flic tout simplement, by Yves Rénier, with Mathilde Seigner and Philippe Torreton, Alice Nevers, Clem, Nos Chers Voisins, Plus belle la vie…). He’s also acting on stage in Paris both in classical and modern plays.

As a director, his two last films have been selected in more than 60 festivals and won more than 20 awards. His first one, A Parisian Bourgeois takes a break, a modern adaptation from a short story by the French writer Guy de Maupassant, is regularly broadcasted on OCS (Orange Cinema Series, the French channel of HBO).