Synopsis: Shirley Parker is a go-getter, a real-estate godsend, and a keen opportunist; she is not, however, a murderer. After becoming burdened with the title of sole breadwinner for her and her twin children, Pip and Kitty, she discovers a niche market of houses that are an easy sale with a quick once-over. This find provides her with the potential to not only save her family from the hushed murmurings of her pseudo-bourgeoisie neighbours but also to give her children the upbringing she’s always dreamed of – however, the niche market at hand: possessed homes. 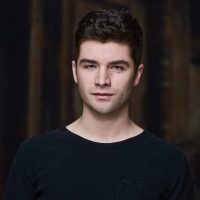 Matthew Evans Landry is a Toronto-based filmmaker and actor. He studied film at Ryerson University as a writer and director, completing a BFA with honors and winning the Norman Jewison Award, the Universal Studios Canada Scholarship and the HSBC Filmmakers Award.