Synoypsis: Two 10-year-old girls are trying to relieve the boredom of Shabbat in the religious town they live in. And then comes the darkness. 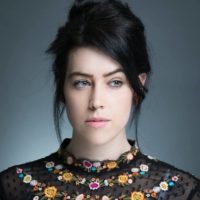 Co-Editor of ‘Girl With a Fork in a World of Soup’ directed by Yotam Knispel, which won “Best Short Film” at the Jerusalem Film Festival 2018, won “Best Editing award” in the Tel-Aviv international student film festival 2019, shortlised for the Israeli Oscars –
“Ophir awards” 2019

Actress and Editor,
Board member for ‘Shaham’ (the Actor’s guild of Israel) 2012-2017.
Member of the Israeli Directors’ Association.