Synoypsis: After a clay shoot goes wrong, a miserable cynic, an alcoholic and an accountant find themselves lost in the Scottish Moorlands with the body of a gamekeeper. 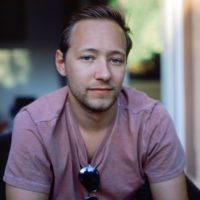 Having grown up in London, Julien went on to study Law at Bristol University before deciding to pursue a life in the film industry. He worked at WME and Bob & Co before attending The London Film School, where he has flourished as a producer and director, cultivating a diverse body of work. Graduating in the summer of 2019 he has kept himself busy and has recently finished working on his fourth feature film Creation Stories, where he assisted as a Production Assistant. He now wishes to pursue his dream of directing.