The Short History of The Long Road

Synopsis: Teenage Nola grew up living out of a van with her beloved father Clint, two nomads against the world. When tragedy strikes, Nola is confronted by the reality that life as an outsider may not be her only choice. She must engage with others to integrate herself into a society she has never known. As she slowly expands the relationships in her life, she is faced with the decision to get off the road for the first time, or to forge onward – with only her wits and memories as her road map. 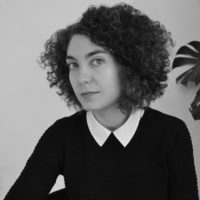 Raised in Paris and based New York, Ani Simon-Kennedy is a feature film, documentary and commercial director. Under the banner of Bicephaly Pictures, she collaborates with cinematographer Cailin Yatsko on socially-conscious stories.  Her first feature film, Days of Gray, played at top festivals around the world with an original live score by Icelandic band Hjaltalin. The sci-fi silent film was deemed “an assured debut” by the Hollywood Reporter. She has directed award-winning campaigns for Colgate, Smirnoff, Intel, Glamour, The New Yorker and Vice. Her work has received support from the Sundance Institute, the Tribeca Film Institute, IFP, Film Independent, Chanel and AT&T. Her second narrative feature, The Short History of the Long Road premiered at the 2019 Tribeca Film Festival.