Synopsis: Cam Be’s documentary presented by RocNation and Tidel explores the rise to climax, and the struggles of rapper Rapsody. It explores the process of her album Laila’s Wisdom, and is an inspirational tale about the value of sticking to your dreams, and pushing through. 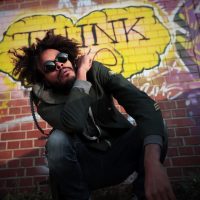 Cam Be is a film director, photographer, musician, DJ, and music producer. His central passion for filmmaking emerged during his studies at New York Film Academy (2006) and Columbia College in Chicago (2008-2010). Cam has interviewed and documented iconic artists such as Maya Angelou, Lauryn Hill, Common, Theaster Gates, Questlove, Hebru Brantley, amongst others.

In 2012 Cam received an Emmy award for “Outstanding Achievement in News Speciality Reporting” for his role as producer with NBC Chicago in the arts and entertainment series “About Last Night.” His first feature-length documentary “The Exchange” is available online at Amazon Video.

Currently, Cam Be is working on a documentary titled “Project: Building Hope” which was a part of Kartemquin’s Diverse Voices in Docs Program. He is based out of Chicago and is the Owner and Creative Director of Camovement.