Synopsis: A garden-center employee fears his possible infertility and realizes that sometimes you have to swallow your pride to let love overcome. 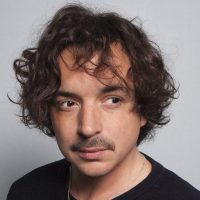 Noël Loozen is an all-around accomplished artist, photographer, and director. His first short film ‘The Hornhunter’ (2014) was featured on Nowness, whilst ‘Spoetnik’ (2015) premiered at the prestigious Berlinale festival, won several prices and was selected as Vimeo Staff Pick and featured on Short of the Week for its online launch.

Driven by stories, Noël is fascinated by little worlds and the clumsiness of life. This manifest itself in his films by sharing the stories nobody are waiting for, or rather, the stories nobody knew they had to know about. Visually Noël tends to keep things simple whilst discretely adding subtle hints of irony to his images. Moving between the worlds of photography and film, his work is very much a reflection of this hybridity.