Synopsis: Tarik (11) helps his father Elias (35) to transport illegal immigrants into the Netherlands. When an accident occurs, Tarik gains the acknowledgment from his father he has yearned for, but at a high price – the loss of his own innocence. 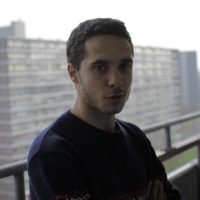 His graduation film ‘Fairuz’ – starring acclaimed Palestinian actor Mohammad Bakri – premiered at the 2015 Dubai International Film Festival as part of the Main Competition. In 2015 Shady has directed the first season (ten 25min episodes) of a light-hearted TV-Series in the Netherlands. In early 2017 he finished his next short film ‘Nightshade’ and is now developing his first feature film.