Synopsis: Palookaville is a black comedy about a fortysomething man who compensates his social isolation with hard work. When he sees his professional life slipping through his fingers he decides to fight back. 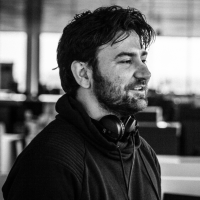 After graduating from Brussels St Lukas school of arts with his short “20a Stories From A Bus”  – a dry, humorous portrayal of troubled, lonely and drunk souls – Sem Bucman challenged his cinematic ambitions once more by releasing a poetic documentary short “Nostalgia: the class of ’91”  which dealt with his war-time childhood in Bosnia Hercegovina.

“Palookaville“, which he co-wrote & co-directed with his filmschool compadre Pim Algoed is his next step towards writing and directing his first feature film. 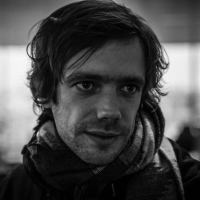 Pim Algoed graduated together with Sem Bucman from St Lukas School of Arts. He turned to writing and directing and has helmed several award-winning shorts, wrote for Flemish and Dutch television and is currently developing his first feature film Iboga.