September 13, 2018 In Official Selection By pendancefilmfestival

We present our sixth official selection, ‘Delay’ By Ali Asgari

This film is about questions. Hard questions. It’s the type of film we’ve come to expect from Asgari and Samadi, the dynamic writing duo behind ‘Delay’ and a handful of other masterful works from Iran over the last four years.

Asgari is an accomplished and special director. His film ‘The Silence’ which he co-directed with Farnoosh Samadi won the Palme D’Or at Cannes in 2016. His short ‘The Baby’ premiered in competition at Venice Film Festival in 2014. And It was at Venice in 2017, that his film ‘Disappearance’ won the Orizzonti award.

His films have screened at more than 700 festivals around the world, from tiff, to Berlin, and won more than 160 international awards.

Asgari was born in Tehran but completed his schooling in Italy. Both influences are clearly present in his entire body of work, which has been focussed on themes such as abuse of power, and equality.
We’re honoured to bring this film to Pendance in 2019. It’s an important film, and it’ll spark important debates long after the credits roll.

Synopsis: As his flight is delayed, a father tends to his young children at the airport awaiting their delayed departure. When his son needs to use the washroom, the father briefly leaves his young daughter in the care of a stranger. 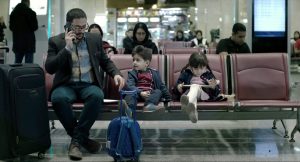 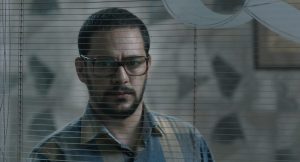